So, I’ve been on Pinterest for a looooong time. And I’ve pinned a ridiculous amount of stuff.

I have 25 boards on Pinterest, but in reality, everything I pin can be broken down into two categories: the “Jenna I am” category and the “Jenna I pretend I am” category. The first category is practical: “25 tasty recipes you make with boneless chicken,” “the 5-minute make-up routine,” “no-sew curtains,” and the like. Stuff that a busy, overwhelmed, working mother of four kiddos can certainly use.

But, the “Jenna I pretend I am…” ooh, that stuff is good!! Those pins all reflect the #moneyisnoobject, #Irockasize4whileeatingsaltedcaramelstuff, #myDIYissoPotteryBarnchic person that I pretend to be. That Jenna is SO freakin’ awesome! Not even a little practical or reflective of my life whatsoever, but AWESOME!

Anyway, this spring, I had twins. As a result, I spent a lot of time of the couch feeding babies, who while cute, provided little interaction other than an occasional milk-drunk grin or hiccup. This gave me a ton of time to play on Pinterest on my phone and while doing so, I realized I do a lot of pinning, but very little doing. So, I decided that I was going to commit to trying out one pin per week for an entire year. Practical or awesome, it didn’t matter. Recipe, craft idea, game with my kids, lesson plan, it didn’t matter… but I had to do ONE thing each week for an entire year.

So, just the other day, I tried out this activity.

We were just getting started on our Compare and Contrast writer’s workshop. We started out simple… looking at the similarities and difference between apples and oranges. 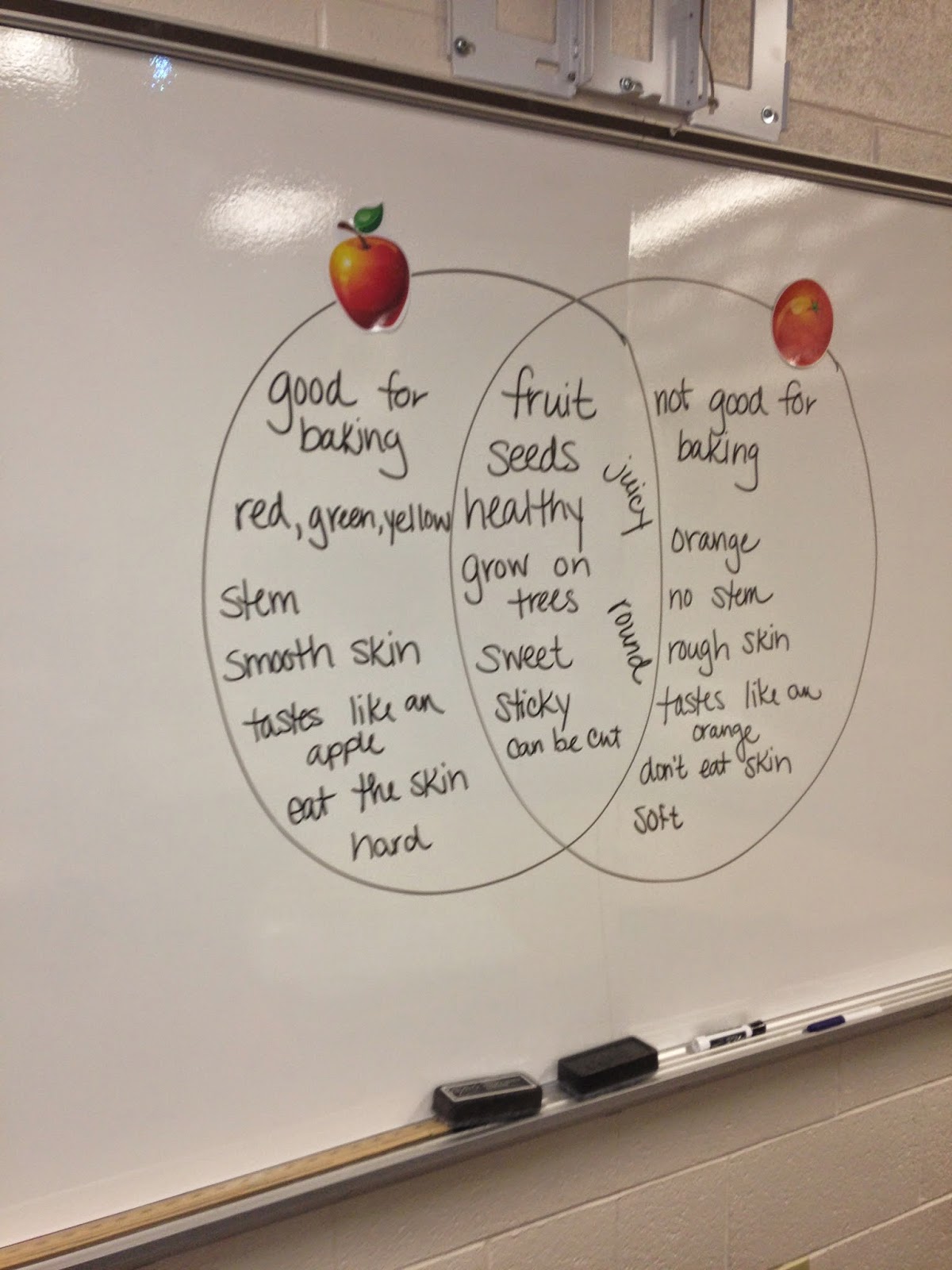 Next, I gave each student an index card with either a pink, blue, yellow, green, or purple dot at the top. I told the kids to spend ten minutes writing a paragraph that explained the similarities and differences between the two fruits. Then, after ten minutes, they found the other kids in the room with same colored dot, and as a group, they had to combine all of their paragraphs into one, really good paragraph. 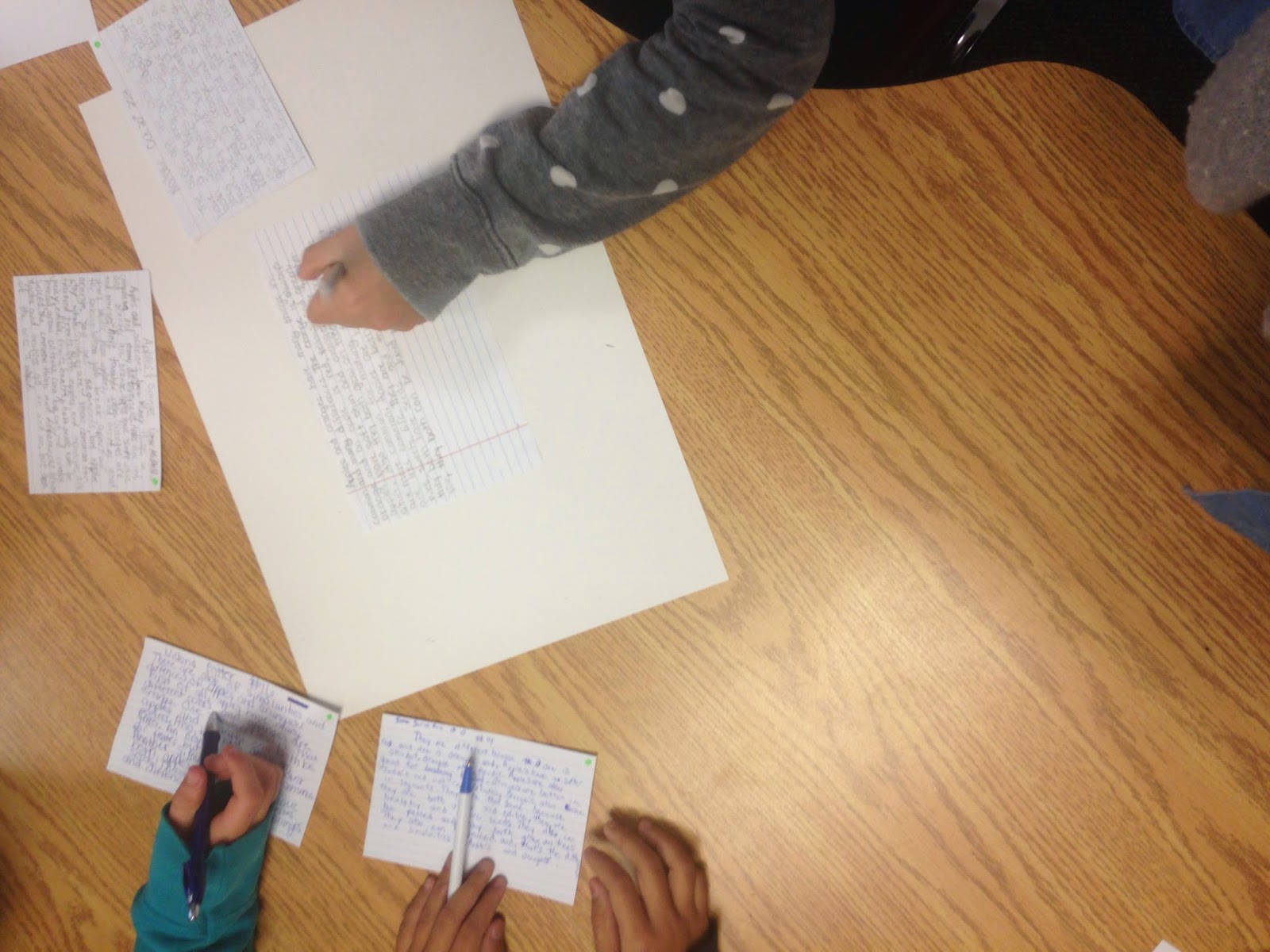 After each group was finished, we came back together as a class and shared what we wrote. 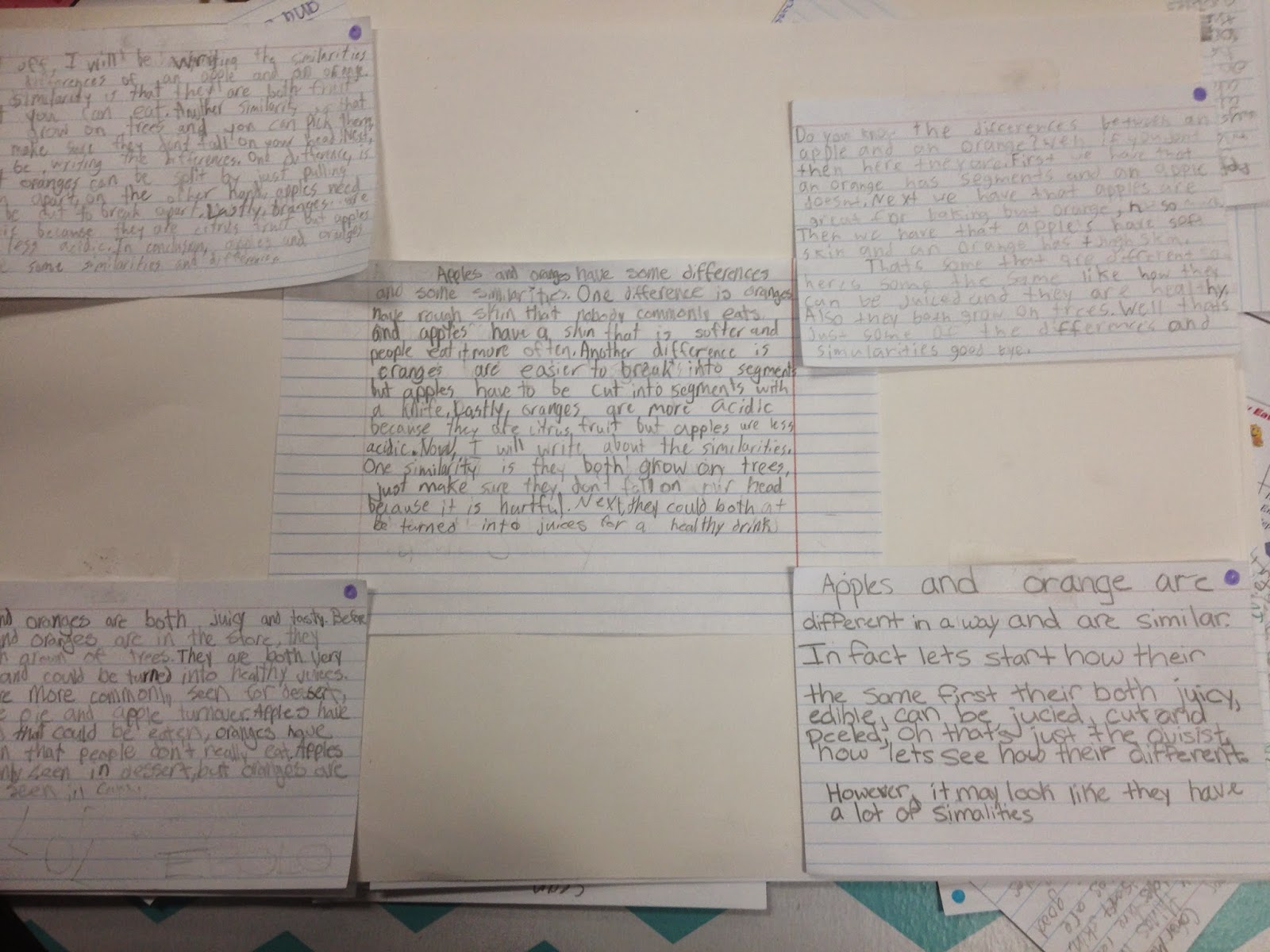 All in all, I was so happy with how this lesson went! First, it was a nice way of randomly grouping students. Also, I liked listening to how my kids were able to negotiate what parts of whose paragraphs made it into the final. I heard things like, “Nick has a cool opening because it’s not that boring, so let’s use that one,” and “Sarah’s closing is good, but Chris’ closing starts with the word ‘however’ and that sounds pretty smart so let’s mix their two closings together.” They all worked well together to get the job done.

So, so you practice what you pin? Success or epic fail? I’d love to hear!