I’ve been teaching math and ELA in various capacities for over ten years now. In that time, writing has come to be my most favorite subject to teach. It’s certainly challenging, but so, so rewarding.

With our state’s adoption of the Common Core, and our preparation for administering PARCC this spring, I’ve been in the process of changing up my writing lesson plans, which you can read about here. We just finished up a unit on comparing and contrasting and we’ve moved onto a Literary Analysis piece, where we are comparing and contrasting two versions of the same story.

This has definitely been a struggle for my 6th graders! Each of the skills necessary for completing a lit analysis – identifying the literary elements of two stories; analyzing each of these elements; comparing and contrasting the elements of each story with the other; forming an opinion about your analysis; supporting your opinion with evidence from the two stories; and then writing it all up in a clear, concise essay – are proving to be a challenge for even my most advanced students.

We’ve just moved on to the revising phase of our process. In the past, this has ALWAYS been a challenge for kids! Just getting them to go back and reread their writing is a fight, but when you want them to reread and then REWRITE what they have to make it better, FORGET IT! They fight me every step of the way.

I can’t really blame them, though. When they’ve struggled so much just to get a draft down, the last thing they want to do is rewrite it. Especially when the directions for making for better are often so vague – things like, “Add more detail,” or “Just say more about this,” or “Pay attention to word choice.”

In the past, I’ve tried a million different ways to get kids to reread and revise their work (peer conferencing, teacher conferencing, checklists… just to name a few!) and I’ve never really found a strategy that I’ve found super-effective… until now!

Enter the iPad (or iPhone or iPod Touch or Flip Video recorder… anything that can easily record and be viewed). 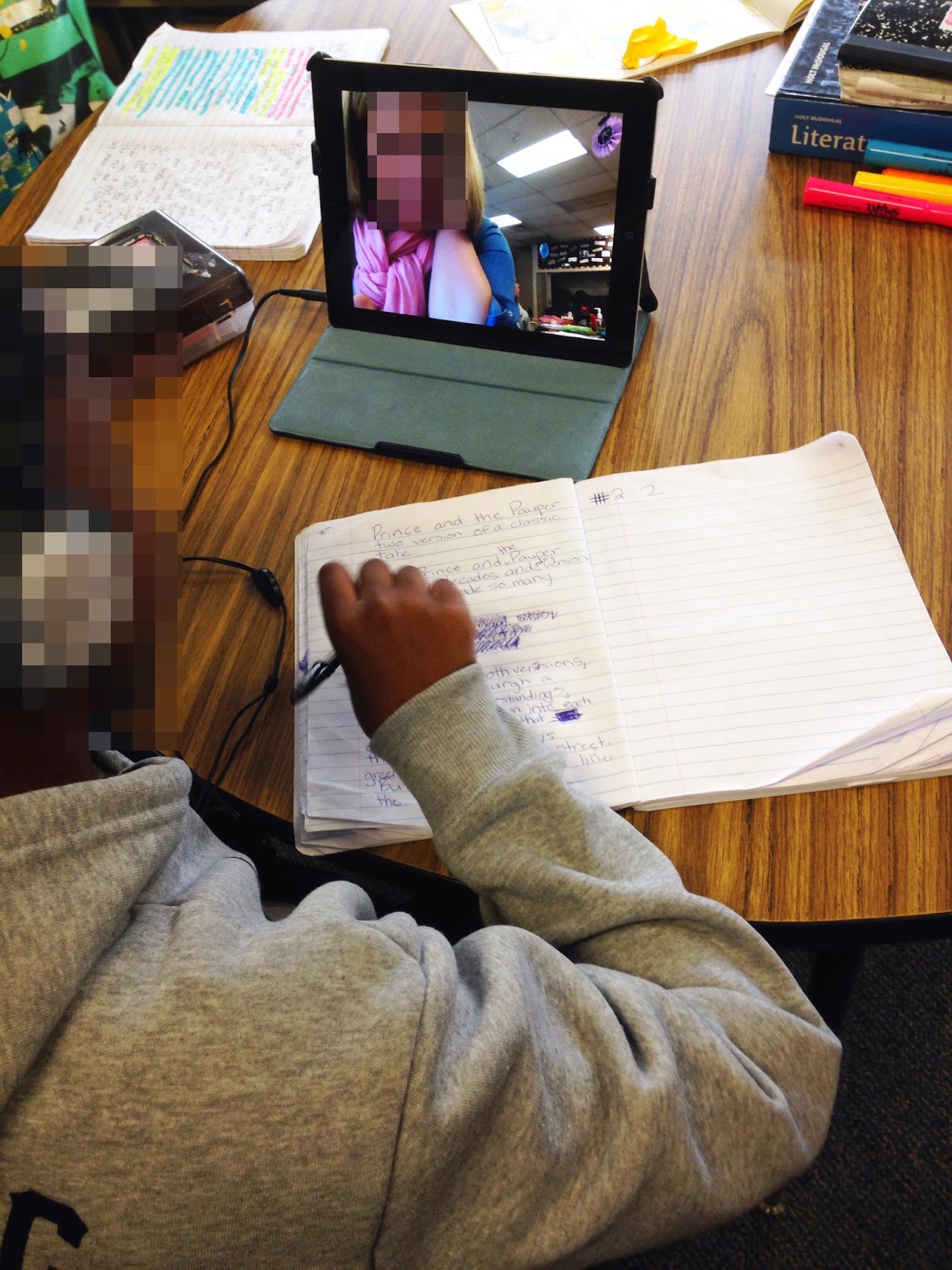 What I’ve got my kids doing is recording someone (either a peer or teacher) reading their essay on video. Then, students can get a pair of headphones and watch again and again, making changes as they hear parts that need improvement.

The first few times I tried this was with my most struggling writers (and I recorded myself reading their work). They are always the first ones finished and also the ones that I can never get to reread their writing aloud, regardless of how many times I emphasize the importance of this (I tell them that their ears will “hear” a mistake before their eyes will “see” one). I could not believe how much pausing, erasing (or scribbling out), and writing I saw! They easily spent a good 15 minutes working (most only had about 10 sentences… remember, these are my most struggling writers!).

After they were finished, I recorded myself reading their essay again, and we compared what we heard. All of us (myself included) were so impressed with how much better their essays were! I’m talking serious, serious improvement! And what’s best was that the kids were so proud of themselves because they could hear how much better their essays were becoming with some rewriting. Most had no problem going back and drafting for yet a third time.

I could not believe how well this worked! And I can’t believe that I’ve had my iPads for two years now and I’ve never used them for this before. I’m sure I’m late to the party… many of you have probably been teaching revising like this for years! But, I’m so glad I tried this out because it has markedly changed the way I will teach writing in the future.

So, what part of the writing process presents the biggest struggle for you? How have you (tried to) overcome it?